It’s been quite a while since the last post.  I guess I kinda checked out for a minute….

My business is slowly growing and picking up more speed!  I started a Google advertisement that has had several views.  It also generated a phone call that led to a client from Houston!  She had two steam locomotives that hadn’t run for two or three years.  One was an older Mantua, and the other was a newer DCC-ready Bachmann.  They were both beautiful steam locomotives.

The older one took about as much work as I expected and more work than I thought.  The usual deep cleaning did its job, but it just didn’t have a very lively spark.  I did some electrical testing, and I found that the tender had poor electirical pick-up from the rails.  I added some electrical pick-up flanges and Neolube to the trucks, and that improved operation.  It’s an old locomotive with an old design and an old, large-ish motor that kind of gobbles voltage.  Sometimes, things will become only so much better.

The newer one requires finite work with infinate dependency upon completion.  The fly wheel gear is worn down and unusable.  It’s an easy replacement, but acquiring the new part(s) will not be easy.  Bachmann is sold out of three replacement parts that the locomotive needs.  I could scrounge around Ebay, but who knows whether those engines have viable parts?  Oh, well.  The lady mentioned that she wanted track with curves tighter than 18″ radii, so I found one of my own locomotives with a shorter body, smaller wheels, and the wheels are closer together than those of her locomotive.  My trade-offer is non-DCC and of a lesser immediate value, so I also offered another even smaller steam locomotive, four medium-length Pennsylvania passenger cars to go with her Pennsy locomotive, and two very short passenger cars to go with the shortest locomotive.  She was sorry to hear her DCC locomotive would take so much effort to restore, but she was thrilled with my two engines and cars!

I wasn’t expecting to part with my smoothest and fastest locomotives, but I’m glad they went to a good home.

So, that’s what I did the other day.  In the few months since my last post, I’ve gone to a couple train shows, visited the Ronald McDonald House of Trains, found a famous diesel locomotive while in Arkansas, and I’ve been buried in N and S scale locomotive work.

I’ve also started going through my train collection.  I have way too much train stuff to not have a layout, and I don’t have a layout.  Cleaning and organizing will help make space, but I also need to just get rid of some things.  Therefore, I’m going to start selling my rolling stock that I never really used when I did have a semblence of a layout.  It will be good to have some of it gone and to generate a little more revenue.  Who knows?  It may be good to start over, somehow.  We’ll see….

Here are some photos of my goings-on.

I had no idea a Centennial was at the Arkansas Union Pacific shop!  It was such a great surprise as my friend and I were driving around, enjoying the nice weather. 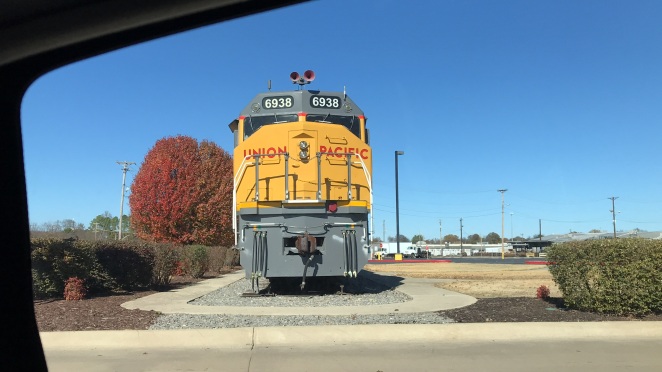 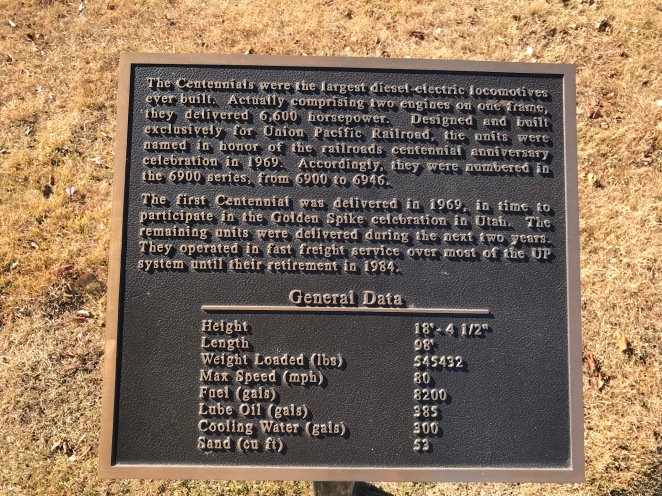 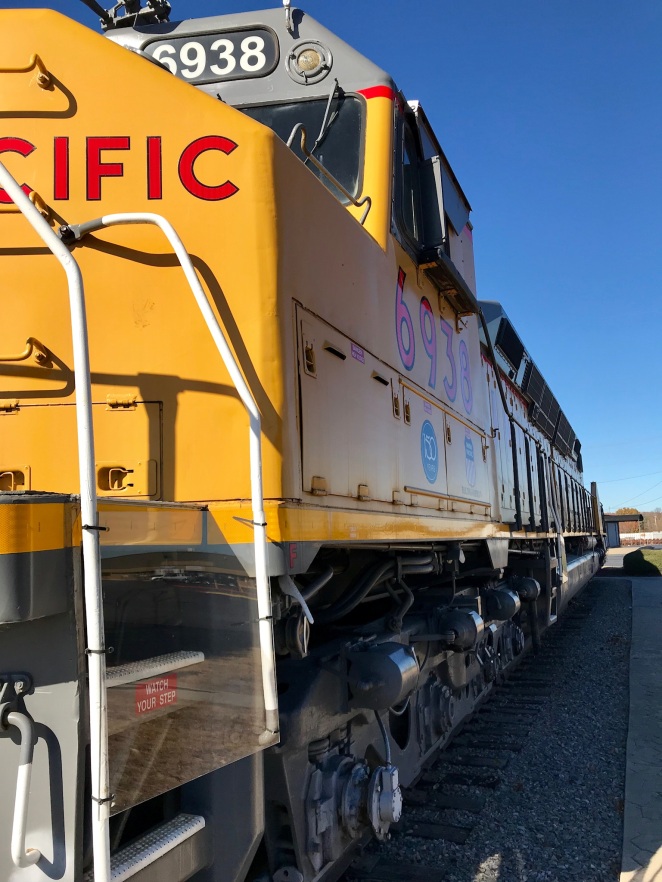 Isn’t it funny how such comparatively small pieces of metal can connect a consist of locomotives and cars for miles? 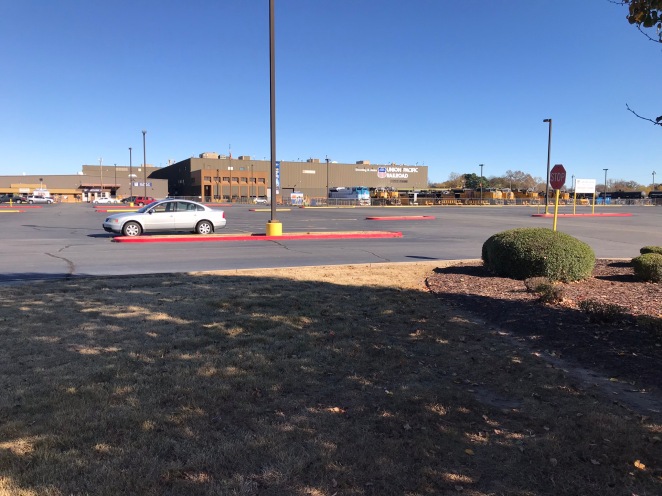 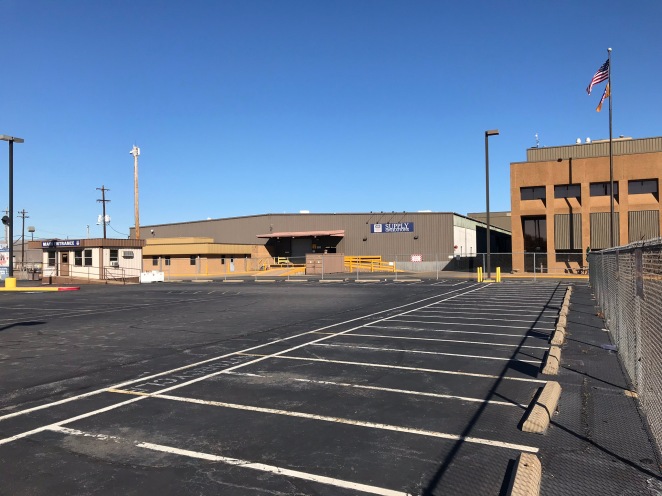 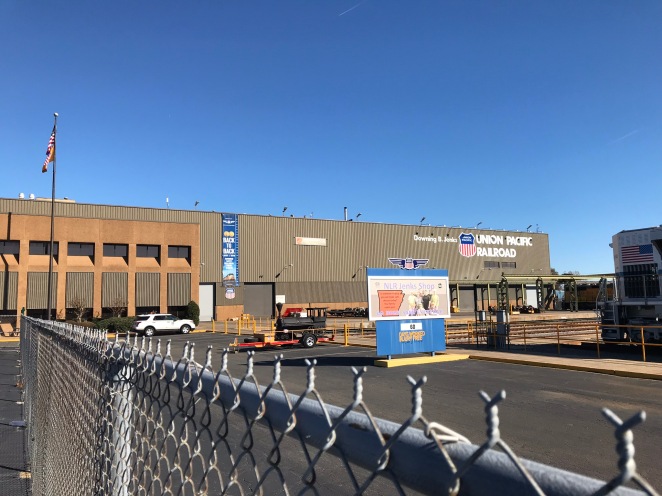 This was even more of a surprise!  Even my friend who doesn’t really know trains knew this locomotive.  I noticed that it was on a set of rails completely disconnected from other tracks.  It’s been completey retired from service since September of 2017. 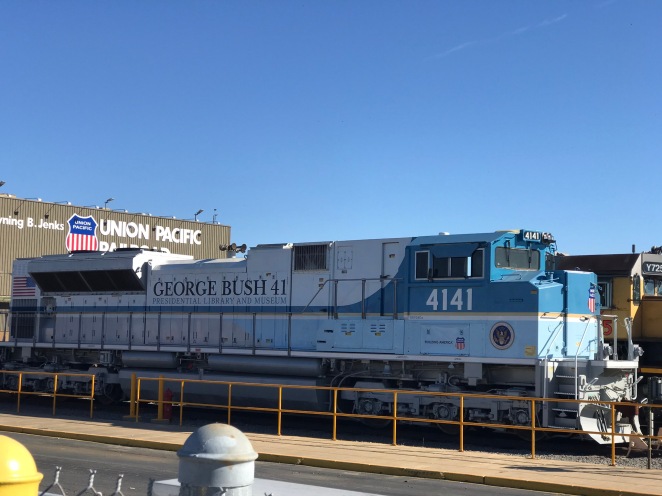 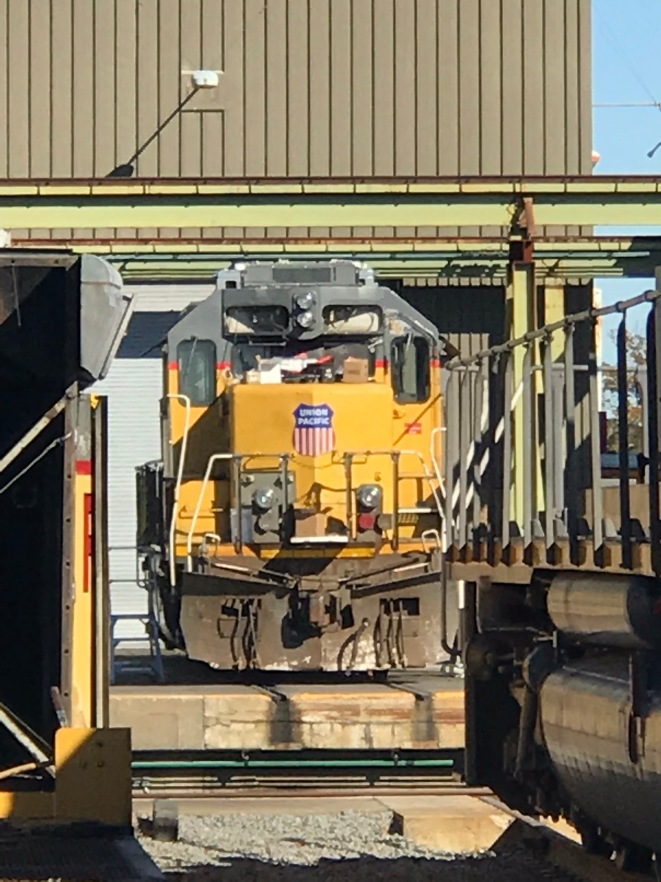 Here begin some photographs of the Ronald McDonald House of Trains at North Park Mall.  It was full of Lionel trains! 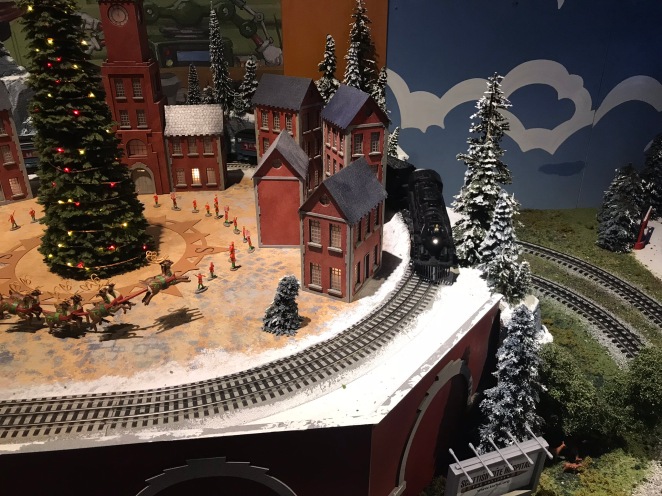 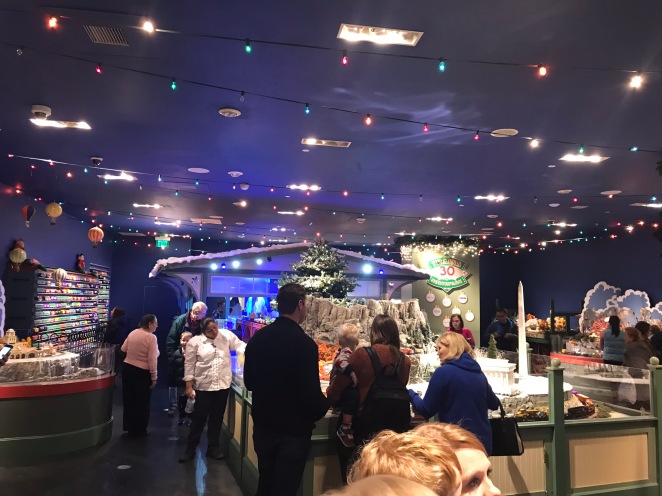 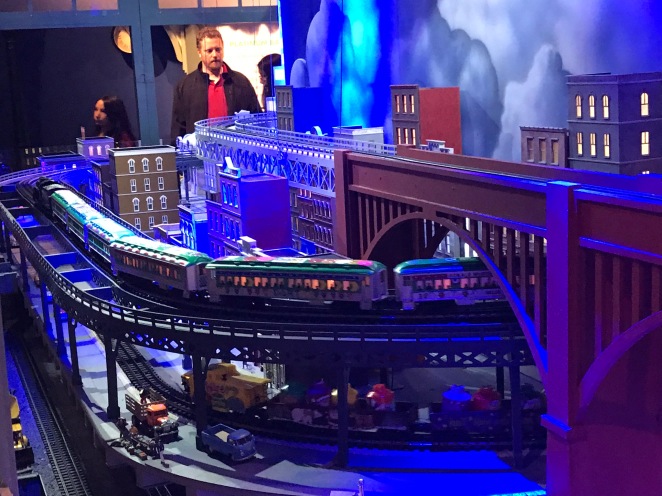 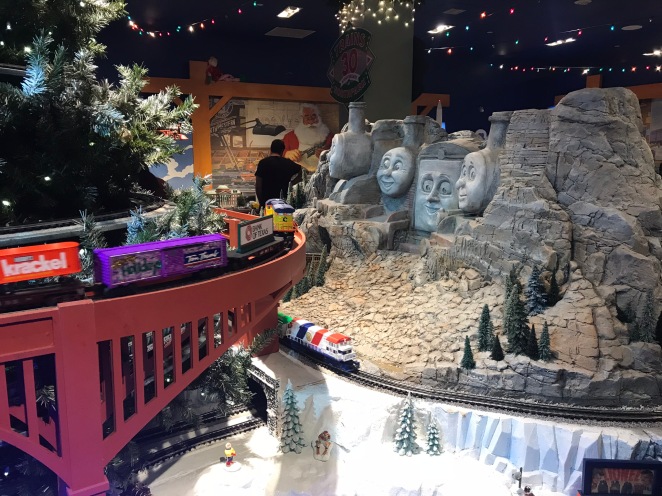 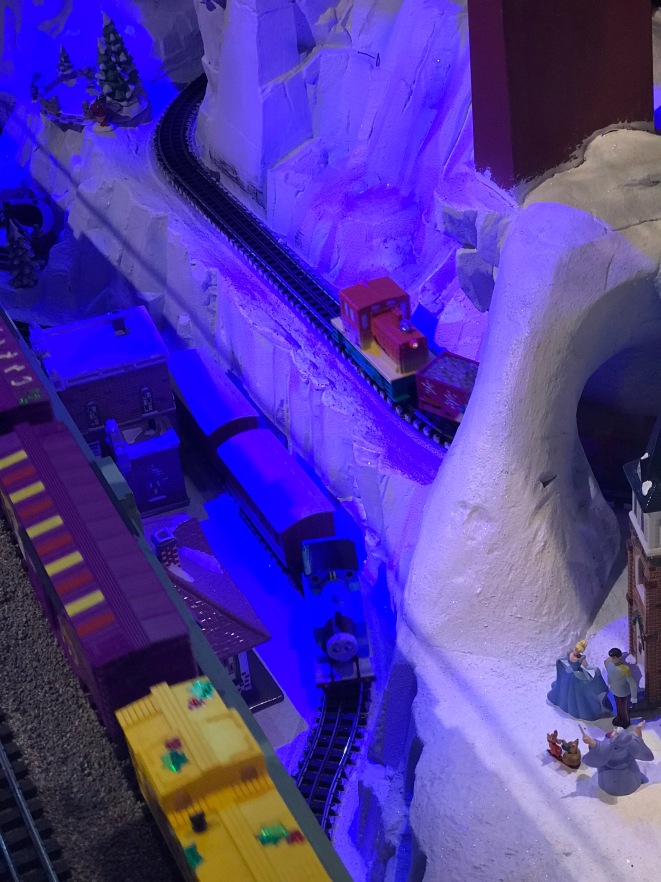 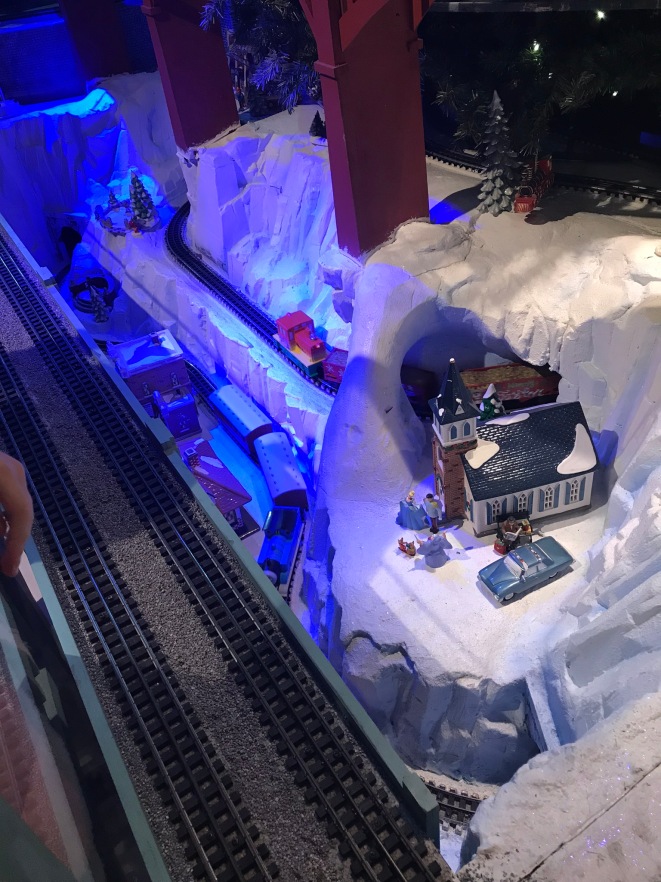 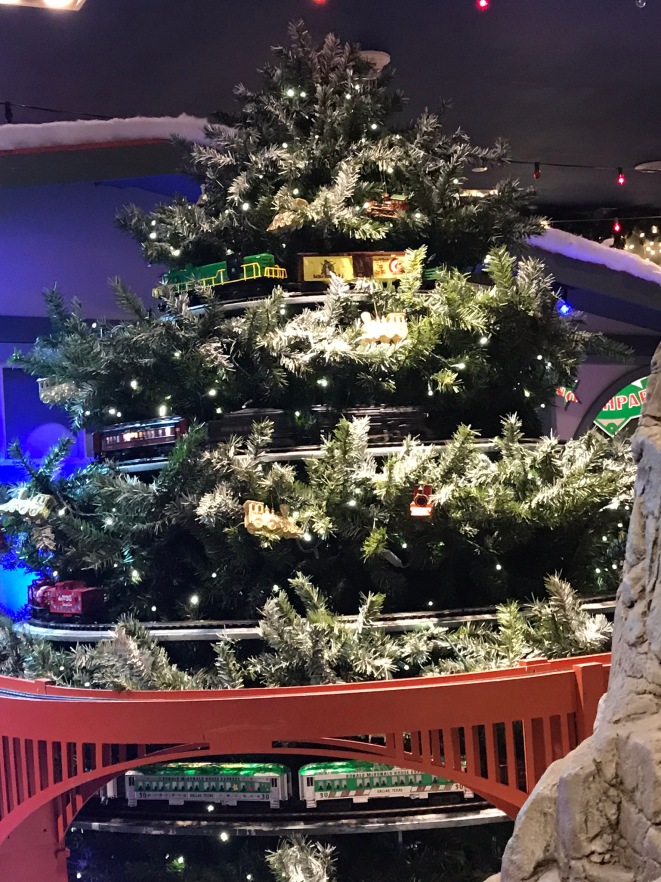 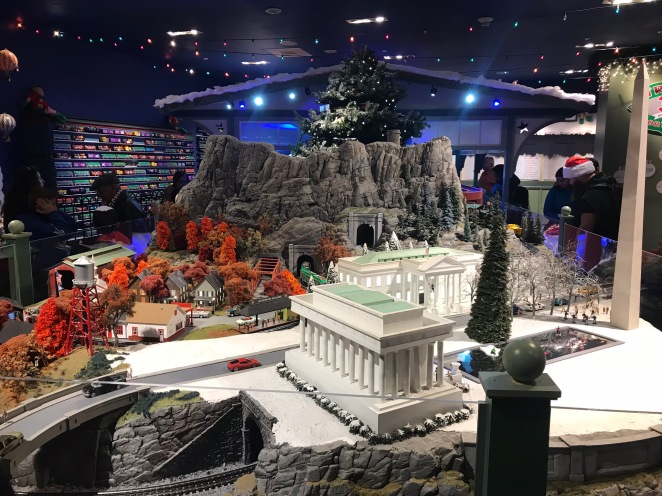 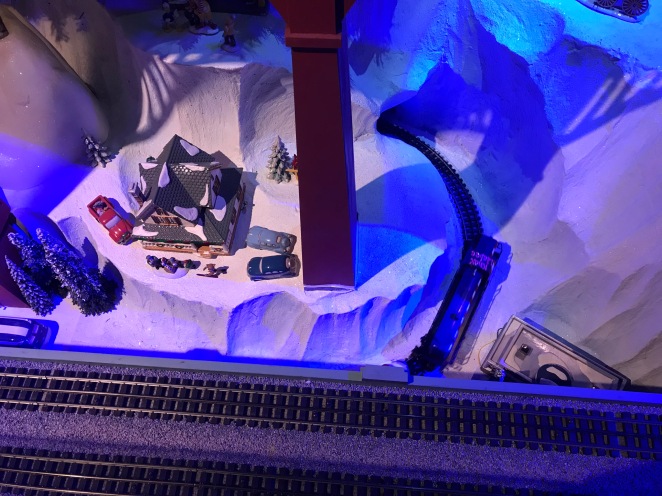 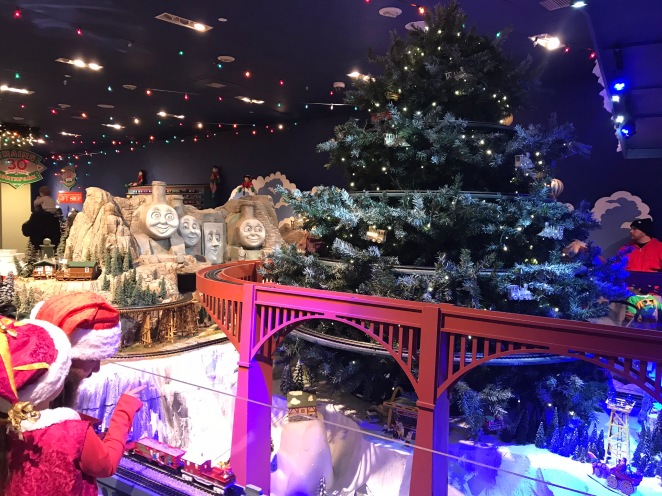 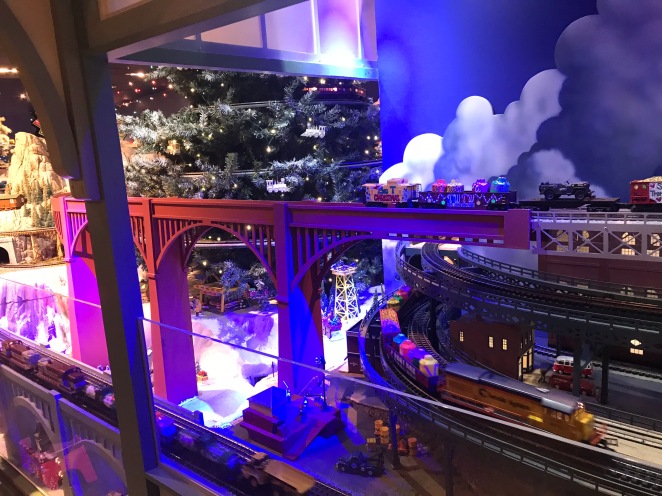 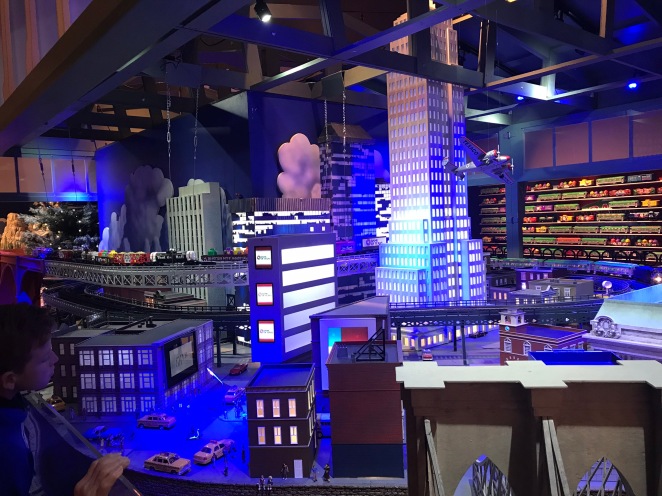 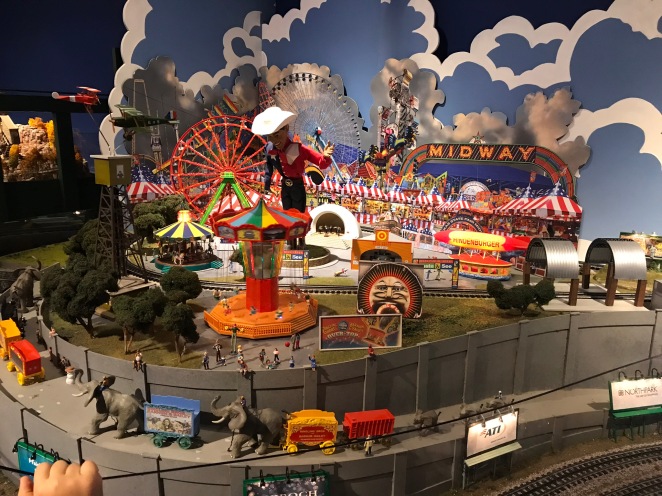 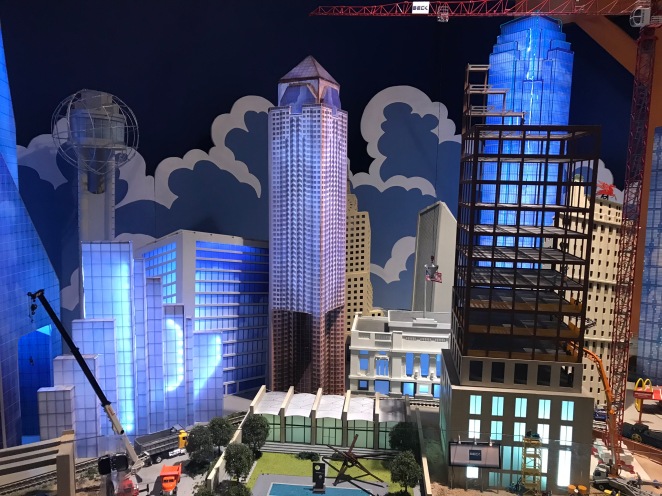